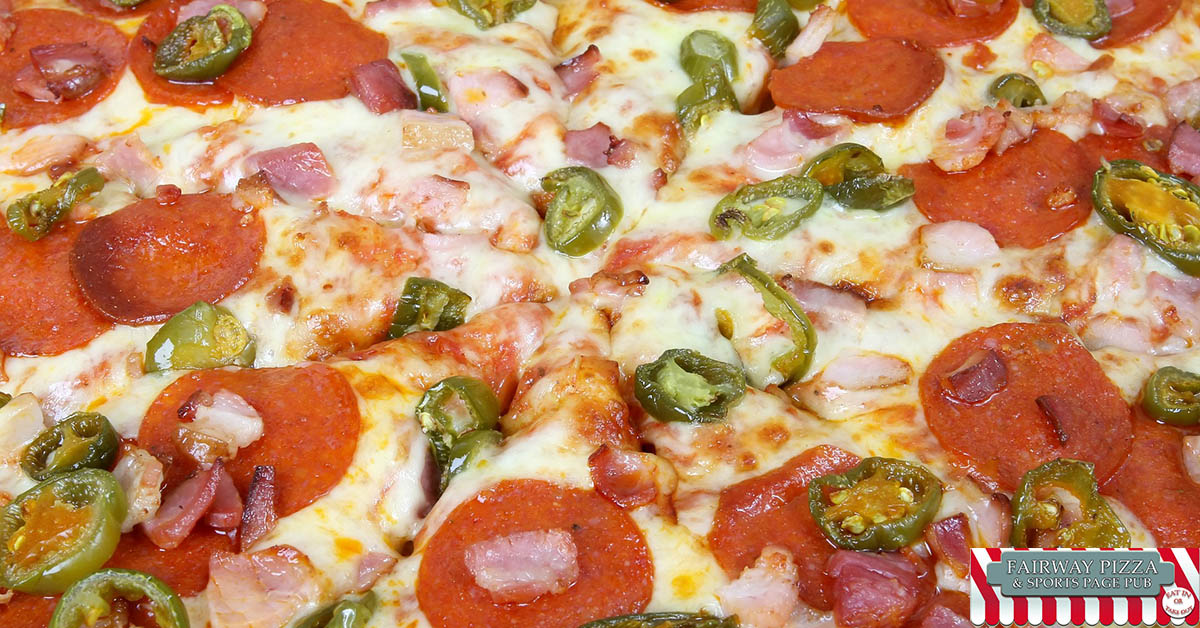 By JohnDecember 8, 2019Food
No Comments

Here at Fairway Pizza Palm Harbor, we serve northern-style pizza every day, but as true pizza connoisseurs, we love to eat just about every type of pizza there is. So, today, we’re going to talk a little bit about the different types of pizza.

New York-style pizza is a thin crust pizza that’s particularly great for convenience! The oversized NY pizza pie is sliced into exceptionally large slices that are traditionally folded in half and eaten by hand. The NY style thin crust is incredibly thin and pliable on the body of the pizza while the section of the crust that you hold is wider and slightly firmer to make it easier to eat your slice on the go.

A lesser-known type of pizza, the Greek pizza was created by Greek immigrants who came to the U.S. and wanted to add their own spin to the pizza that they were introduced to. Greek pizza has more sauce and less cheese than typical pizza varieties and the tomato sauce used on the crust has a rich oregano flavor making it tangier than traditional sauce. It’s also not uncommon to see Greek pizza topped with just cheese, but it may also be topped with Greek favorites like black olives, feta cheese, and red onion.

If you’d like to try northern style pizza here at Fairway Pizza, we’d love to have you drop by! We’ve got all types of toppings to choose from and some great appetizers to get started with too! Don’t feel like coming in to see us? You can get Palm Harbor pizza delivery here at Fairway too! Just give us a call at 727-772-7060 to place your order.