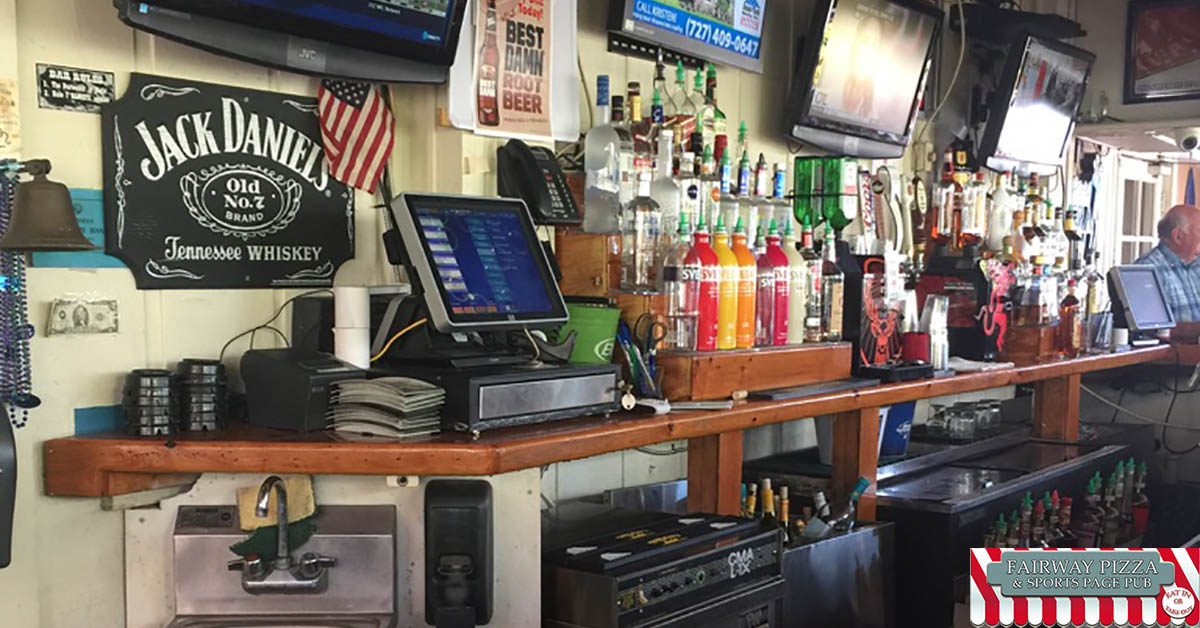 At the Palm Harbor bar here at Fairway Pizza, we mix up some great cocktails and we get some requests for some odd combinations once in a while too. We have to say, though, that we have never had any cocktail requests for things like this!

The Coquetier originated in 18th century New Orleans where it was served at Masonic gatherings by Antoine Amédée Peychaud. What is in this cocktail? Rum, chocolate, and cinnamon make up the key ingredients…oh, and there’s also the chicken egg because every good cocktail is served in an eggshell…

If you happen to be in Berlin, swing by Pret A Diner and try this cocktail for yourself!

If you happen to be a non-drinker, don’t worry, you can still get in on the weird cocktail fun with the Camel Milk Cocktail.

A drink that was developed for Muslims who were fasting during Ramadan, the drink is supposed to be quite nutritious and comes in a variety of flavors including strawberry and cherry. We’re not entirely sure that it qualifies as a “cocktail” however since it seems only to contain camel’s milk and a mystery flavoring ingredient – we’re assuming that since it’s said to be “fresh ingredients”, that it’s the fruit that determines the flavor of the cocktail

If you happen to be in Abu Dabi in the U.A.E, swing by The Ritz-Carlton Abu Dhabi to give this cocktail a try.

Let us preface by saying that you will never find a Sourtoe Cocktail at Fairway Pizza. EVER.

Dating back to 1973 with mysterious origins, the Sourtoe Cocktail is one of the strangest cocktails we’ve encountered. The original drink for this cocktail was a glass of champagne or beer, but these days, establishments that do serve the Sourtoe claim that any drink can be the basis for a Sourtoe Cocktail so long as it has the *key* ingredient…a real preserved amputated toe. Yes, we have questions too, like whose toe is it? Is it human or “other”? Which toe is it? And how on Earth do Health and Safety allow it?

If you want to give this weird and unusual cocktail a try, rumor has it that you can get one at the Sourtoe Cocktail Club at the Downtown Hotel in Dawson City, Yukon.

Certainly not as bad as the Sourtoe, The Pantera comes in a glass rimmed with smoked salt and mixes a shot of Pisco, squid ink, fish stock, smoked tomato juice, grilled chili peppers, lemon, horseradish, onions, and celery. It’s all topped off with a skewer featuring an olive, piece of lemon, cocktail onion…and an octopus tentacle.

If you were thinking of giving this one a try, you’re out of luck because – for now at least – it’s no longer on the menu, but you might try asking at Del Campo in Washington DC, you never know, they may make you one just to watch you try to drink it!

Come and Pay Us a Visit at Our Palm Harbor Bar and Share Your Favorite Cocktail Recipes!

If you happen to be out near Palm Harbor, drop in and pay us a visit here at Fairway Pizza and tell us what your favorite unusual cocktail is. We can’t promise that we’ll make it for you, but we might give it a try!